On This Day in Pink History, 17th December 2002, Family Portrait was released 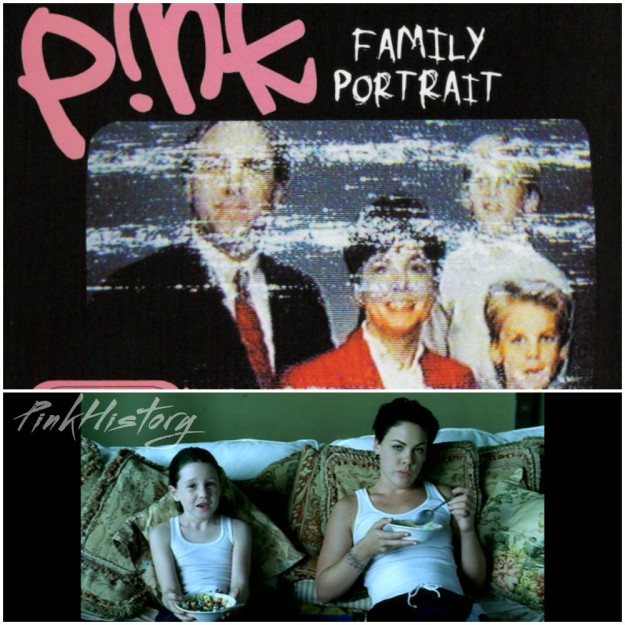 Family Portrait, written by Pink and Scott Storch, was released as the fourth and final single from Pink’s second album, Missundaztood.

Pink wrote the song to help her deal with her parents divorce when she was a child.

According to Pink’s father, James Moore Jr., during an E! Entertainment’s E! True Hollywood Story, this song has been unofficially named the national anthem for young kids who have been through the harsh effects of divorce of their parents: “I have got letters from parents thanking us from this song.” The song, which she wrote and composed in collaboration with Scott Storch, was still going strong as of late April 2012, with millions of hits on YouTube and millions of albums sold from Missundaztood. “It took me a while to listen to ‘Family Portrait’ without getting emotional,” Pink’s mother told E! True Hollywood Story. Although the song addresses how Pink struggled through her parents’s divorce, it is also addressed to kids, to encourage them to talk with their parents about how they feel about their divorce.

Family Portrait is included in most set lists.

On This Day in #PinkHistory 22nd January 2004 @pink God is a DJ music video was released. Check out www.PinkHistory.blog for more!